UPDATE: The AmazonMCEAddin has been released! Click here for details.

Hi Everyone. Going off topic for this post to talk about another piece of Microsoft technology that is near and dear to my heart: Windows Media Center. I’ve been running MCE for nearly 3 years now – it runs all of my in-house media and TVs. I absolutely love it. What I don’t love is the fact that Microsoft has all but abandoned the product which has stymied the development of new features – like streaming of content. Yes it has Netflix – which I do use – but other providers don’t seem willing to invest the time. Independent developers like me have mostly picked up the slack with adding new features to Media Center – but most of the time the integration is subpar or because they are integrating 3rd party content it often breaks when the vendor changes something.

I was looking for new Add-ins for Media Center for streaming content and came across this blog: http://garethbarr.com/amazonmceaddin/. Gareth wrote a really fantastic addin that brought Amazon Instant Video streaming to Media Center. The screenshots and the reviews looked great so I downloaded it – only to be disappointed when it didn’t work. Further reading revealed that Amazon changed something and broke the functionality (not surprising) but the developer was having trouble finding the time to debug it. He posted the source to Bitbucket and some work was done – but the project has been stalled for about 6 months. I really wanted to see this work so I downloaded the source and began debugging it. It took a few days but I got it working and updated Gareth on my progress. To my surprise, he asked me if I would like to take over ownership of the project as he is otherwise engaged. As I am very interested in all things MCE I gladly accepted.

So that brings us to today. I will be releasing an updated version of the Amazon Instant Video Addin for Windows Media Center in the next few days on the blog. This version fixes the login/sessionstate issues and restores the Flash playback functionality. It also has branding and minor fit/finish improvements. I’ll setup a page (http://sharepointsnapple.com/amazonmceaddin/) where interested folks can follow and post about their experiences with the addin. I have a few initial goals: Complete the UI and features as they existed in the Gareth’s 1.0.x.x version; Improve the UI fit and finish; Cleanup and reorganize the source; and add the Silverlight player.

The 1.x version of the addin will remain free. The source will not be immediately available as I need to thoroughly understand and debug /reorganize the solution. Donations to this effort would be appreciated if you find the solution useful.

Some screenshots of version 1.1: 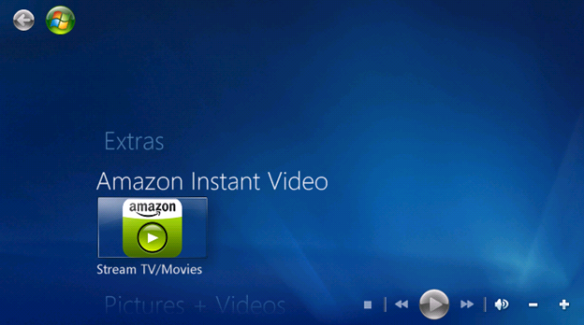 Above: The icon in the MCE Start Menu 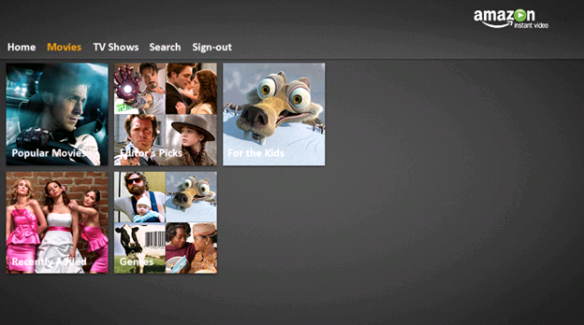 Above: The Movies Top Menu 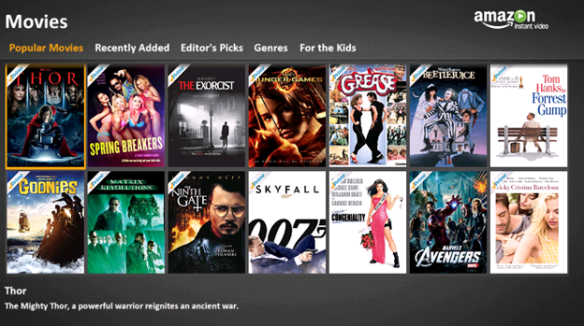 Above: The Popular Movies grid 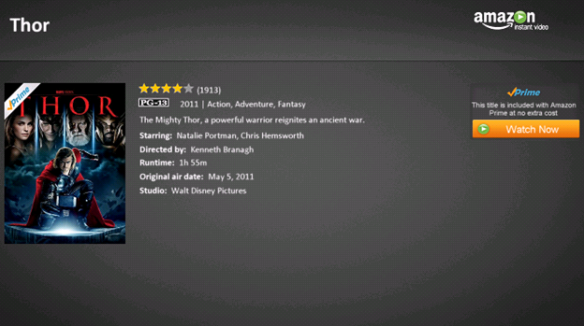 Above: The Movie details and the lobby 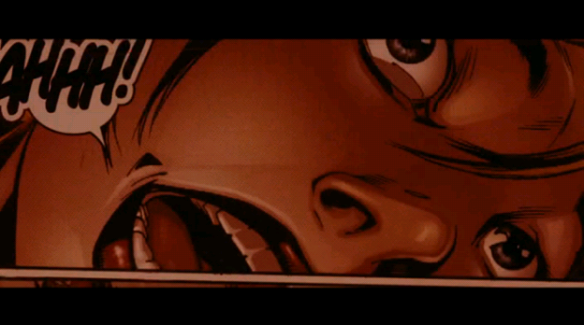 Above: The movie playing